As you might be able to guess from this video, I was blown away by the Orange Pistachio doughnut from Revolution Doughnuts.  It.  Was.  Amazing!!!

In the Inman Park neighborhood of Atlanta can be found Revolution Doughnuts & Coffee, a small family-owned and operated baking company.  This is actually their second location, their first is in Decatur, Georgia (about 30 minutes-ish away).  Their goal is to revitalize the American doughnut, and my god, are their doughnuts fantastic!  The ones we tried were full on cakey donuts and they were delicious!

We stopped by on a Thursday just before closing time and had a chance to sit down for a coffee, look at the racks of different doughnuts, and buy too many!  From what the guys behind the counter were telling me most of their doughnuts are actually vegan, but some have toppings that are not.

Check out the video to see my and Randy’s impressions. 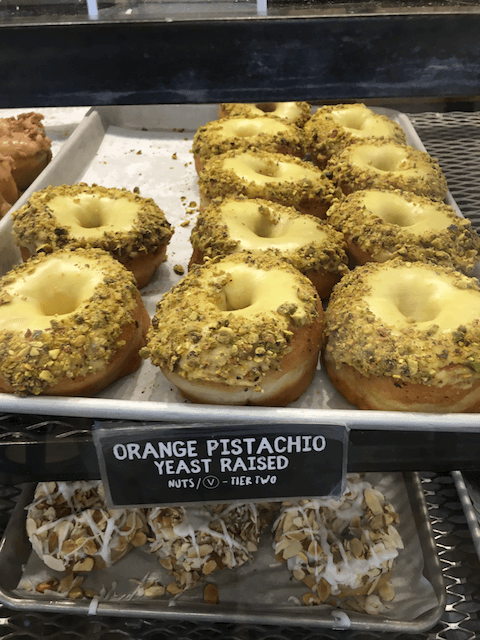 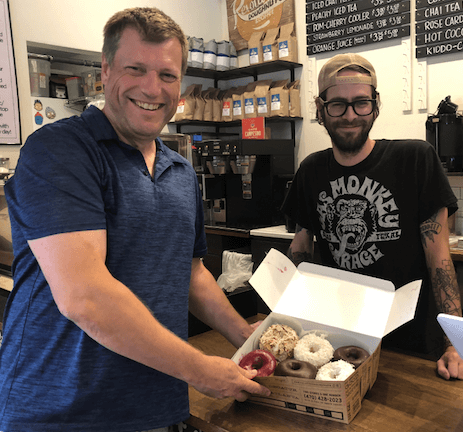 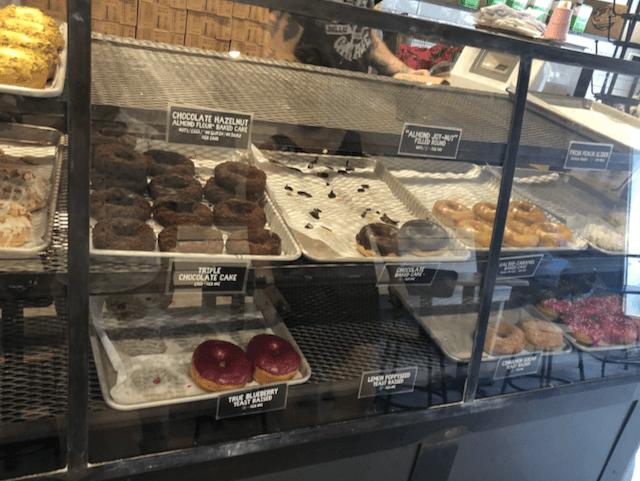