The Under Armour Spring Run-Off in High Park was a race to which I was really looking forward. 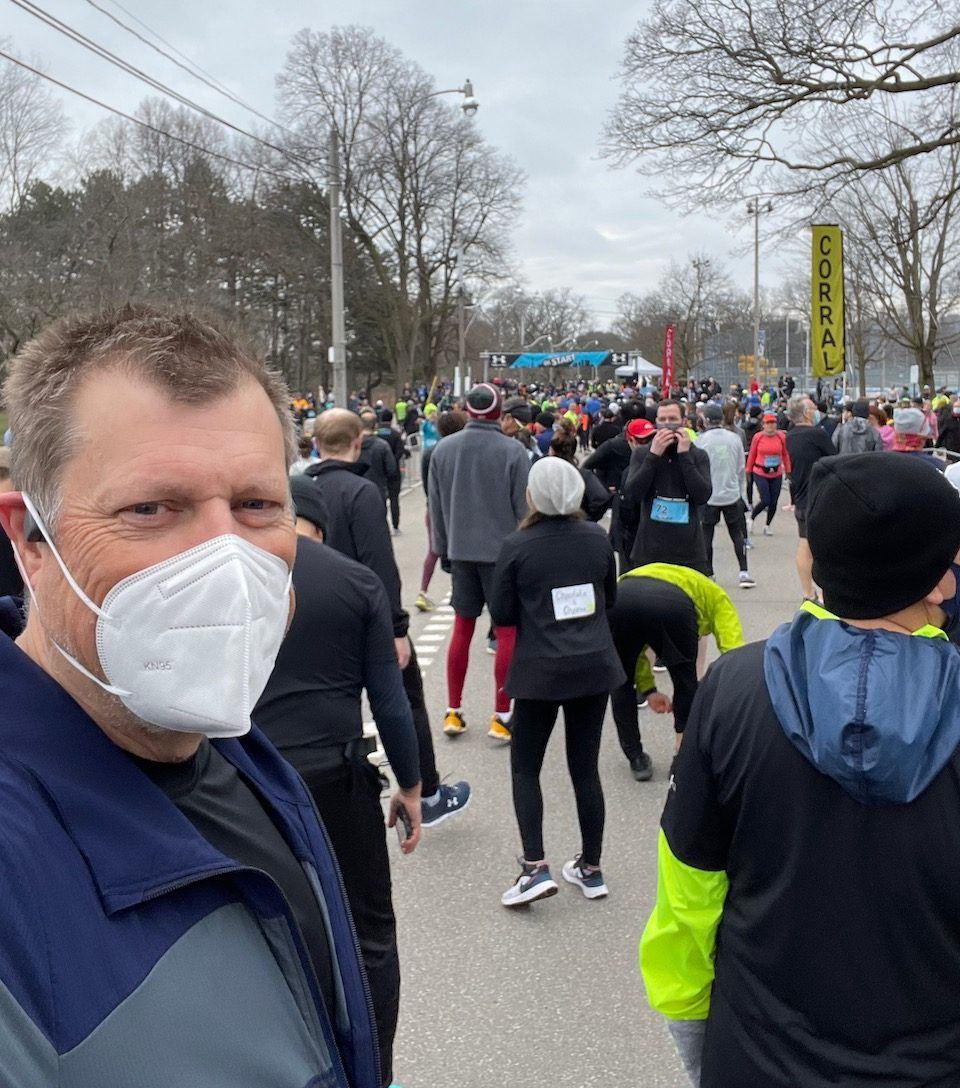 It was the first race I ran in 2019, which was really  just after I started running, and it had been on hold (or virtual) for the last two years because of Covid.

Back in 2018 I’d been running a bit – mostly in service of running Spartans and had run just two strictly running races that year (the Toronto Waterfront 5K and a 5 Peaks Trail race) – both near the end of 2018.

In 2019 I really started increasing my running volume – and drastically improved my Spartan times.  I found I kind of enjoyed this thing called running as well, and signed up for quite a few races, culminating in a half marathon (Toronto Waterfront again), at the end of the year.

But back to the Spring Run-Off.  They have two separate races around High Park in Toronto.  A 5K and an 8K.

I was repeating the 8K.  My only real goal was to beat my time from 2019, and I’d have been pretty disappointed if I didn’t.  Yeah, I’m a little older, but I’m also running a heck of a lot more, having put in 1000s of kms since that first run.

Carmen was out running the 5K, her second in-person road race ever, and of course there were a few folks from our Crossfit Colosseum team.

The 8K was first, and there were about 5000 people out for it I think.

The weather was tricky.  Just above 0 C, projected to go to 9, but also a bit rainy/drizzly. I run hot, so my preference is usually to go with as little clothes as possible but in this case opted for the tights and windbreaker.  In 2019 the temperature had been in the teens, and it was shorts and t-shirt run.

So I corralled with 5000 or so fellow runners, waited for the start, and boom, we were off!

Pretty soon it became clear that I was overdressed and was sweating gallons after the first couple of K.

I debated taking off my jacket, but I had my phone, and a couple of other items in the pockets (I know), so instead wriggled my way out of my t-shirt.

As I approached the half way point I saw Carmen standing taking pictures so chucked her the shirt.  It was a bit juicy – I’m not sure how much she appreciated it, but I was certainly glad to be rid of it.  (I think she said something like “ew, wtf?”)

The halfway point runs past the finish line, and naturally as I was passing it the race leaders were crossing it, finishing the race. Fast folks, running something under 3 min/km.

The second loop went pretty smoothly, and the race finishes with a monster hill – there’s actually a separate time recorded just for the hill, the “Kill the Hill” challenge.

So I finished the race, and beat my previous time by a little more than 2 minutes, with an average pace of 5:48/km. I met my goal of finishing faster and am pleased with that.  I don’t know if thats an acceptable beat – part of me thinks that with so much running I’d be faster – though I have no illusions of being a speed demon and am a casual runner.  Anyway, it was a good time.

My main takeaway from this race is to dress for the best possible conditions, even if it means stripping down just before the start. The heat was really bothering me in the first half and I’d have been better off in shorts and t-shirt.

Carmen did great, running the 5K straight – no walking or stopping.  She’s been running for about a year and is doing amazing. 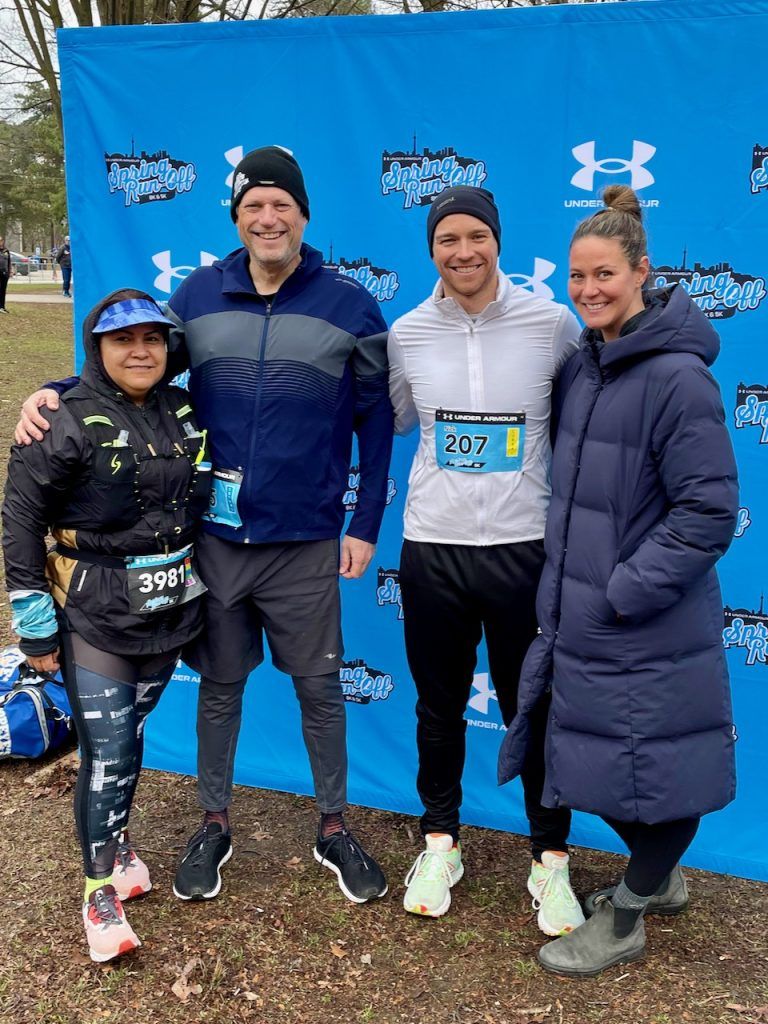 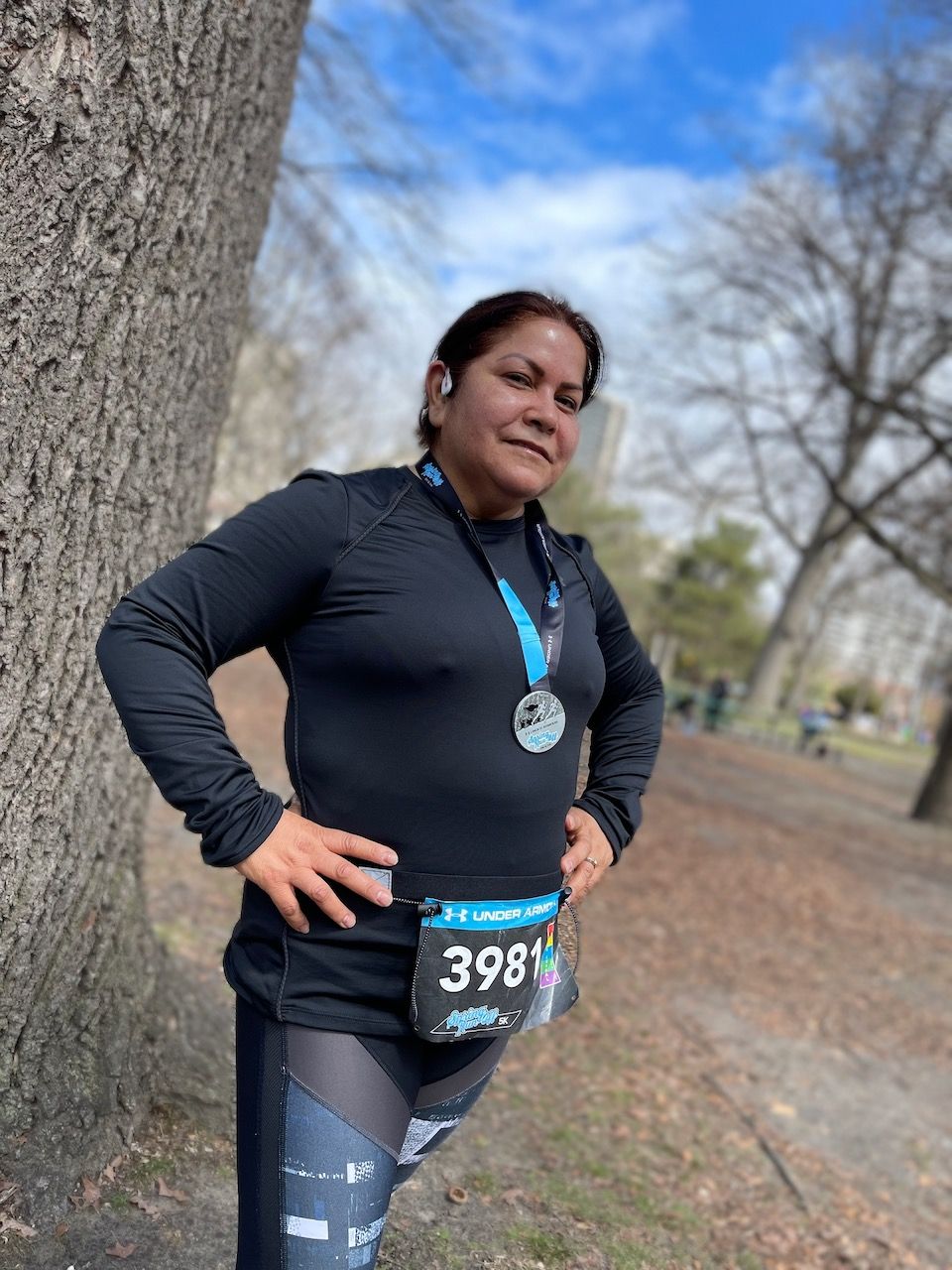 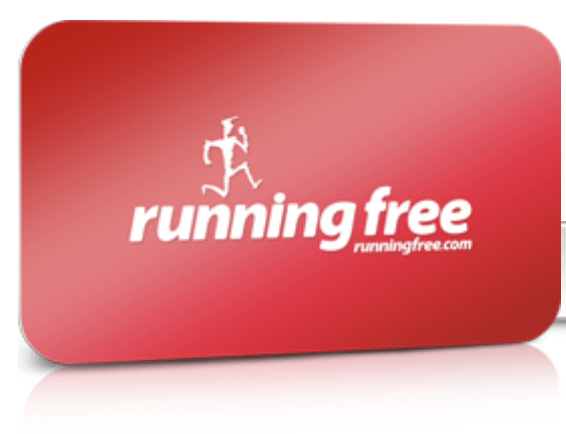