Running the Sport at the 5 Peaks race in Kelso


Back to it: Trail racing!   The 5 Peaks run in Mansfield in 2018 was my first actual race. Prior to that I had been running Spartan‘s and Tough Mudders, but I wasn’t doing much running outside of those events, other than a bit training so I could make some time on the course.

In the summer of 2018 I’d seen a post in the Toronto Vegans group in Facebook looking for members to join a team to run the 5 Peaks races as a group. 5 Peaks in Ontario runs 5 trail races through the summer, and there are similar in other provinces.

I didn’t join at that time, but trail racing sounded appealing to me so I followed along, joining the facebook group to see what it was all about.

When I ran the Spartan course in the fall of 2018 there were extended periods of running through the woods, and thought “wow, this is kind of fun on its own”, and so when I got back I immediately ordered a Team Vegan Trails iron on for my T shirt and signed up for the next 5 Peaks run. It was the last of the year and I was hooked. Also the team are really good people.

5 Peaks Kelso was the first race of the series this year, and some of the folks from the Crossfit Colosseum running group have come out to run as well.

While I had originally signed up for the Enduro (14ish K), because I ran the half marathon the weekend before I decided to drop down to the Sport (7ish K). I was glad I did too. It was damn hilly and pretty exhausting.

The weather was perfect.

We arrived in good time – enough time to toodle around for a bit, and then head off running. Runners were released in waves every 5 minutes or so.

The race kicks off with a long upward climb:  on trails, through the trees, and then once you get to the top does lots of winding back and forth.

There was lots of tripping and falling – not from me – but there were lots of roots and underbrush to avoid.  I don’t have enough fingers to count how many times I heard “thunk – oof” as someone caught a root and went down.  The ground was dry as well and fairly loose on some of the downhill portions.

My time and pace on this one weren’t great, but I don’t mind – running in the trails is so different from running on the roads and it was great to be back there again. One exception on the pace: the final portion of the race flattenend out into a gently uphill towards the finish line on open field and was able to pour on a bit of speed there, clocking in a decent pace of 5:10min/km.

Carmen came out for this one too – no running this time though:  cheer leader and photographer extraordinaire. 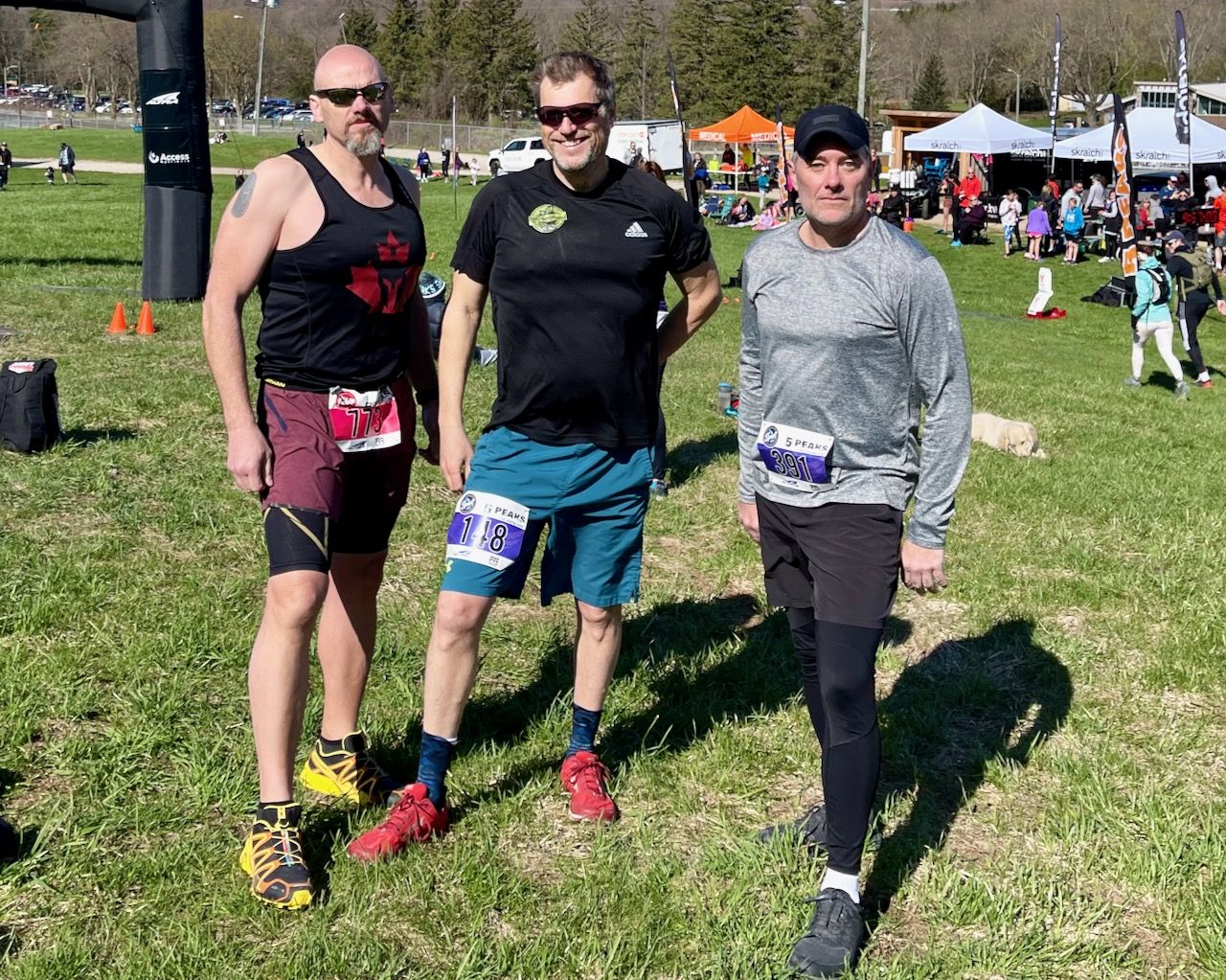 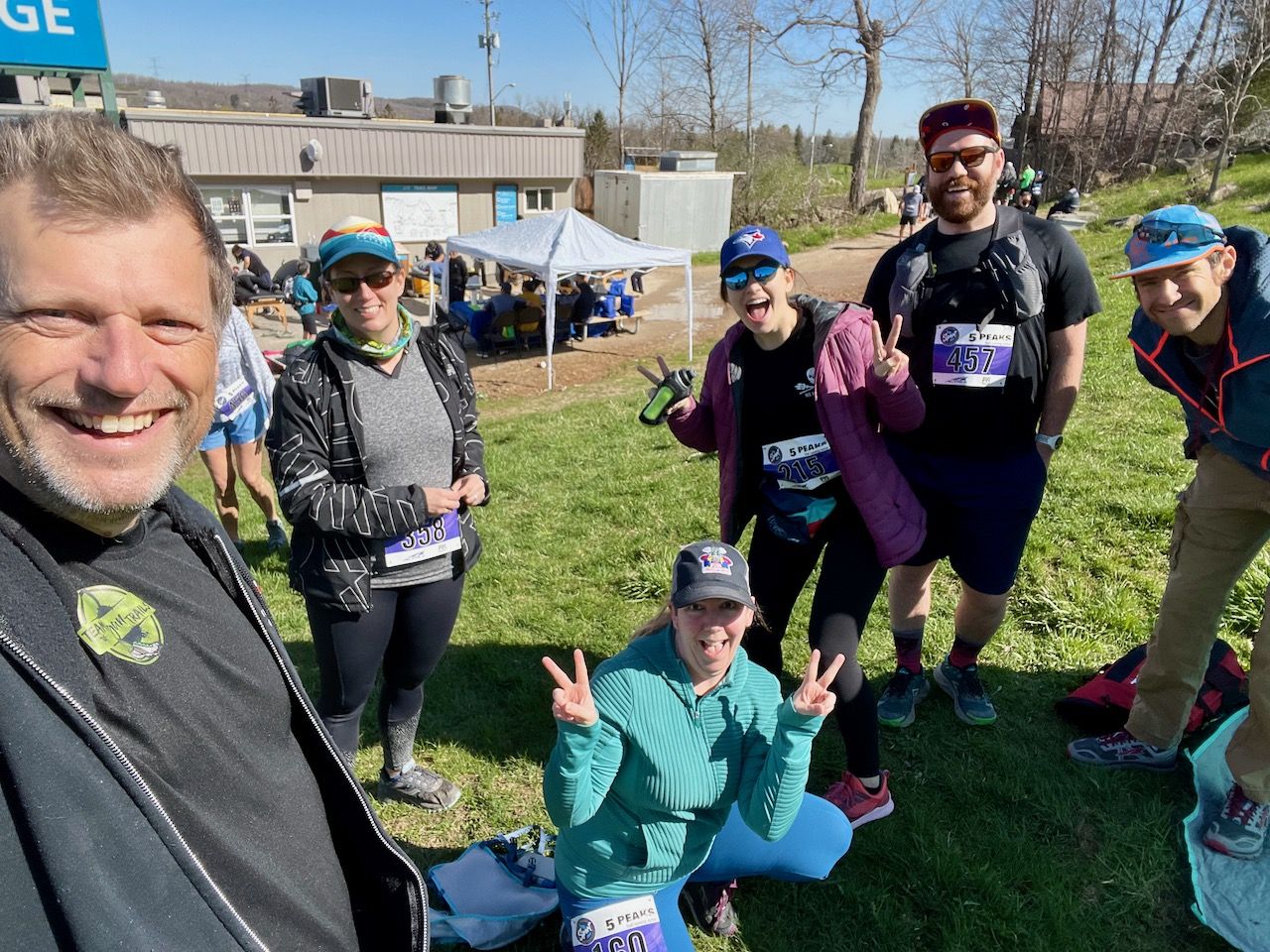 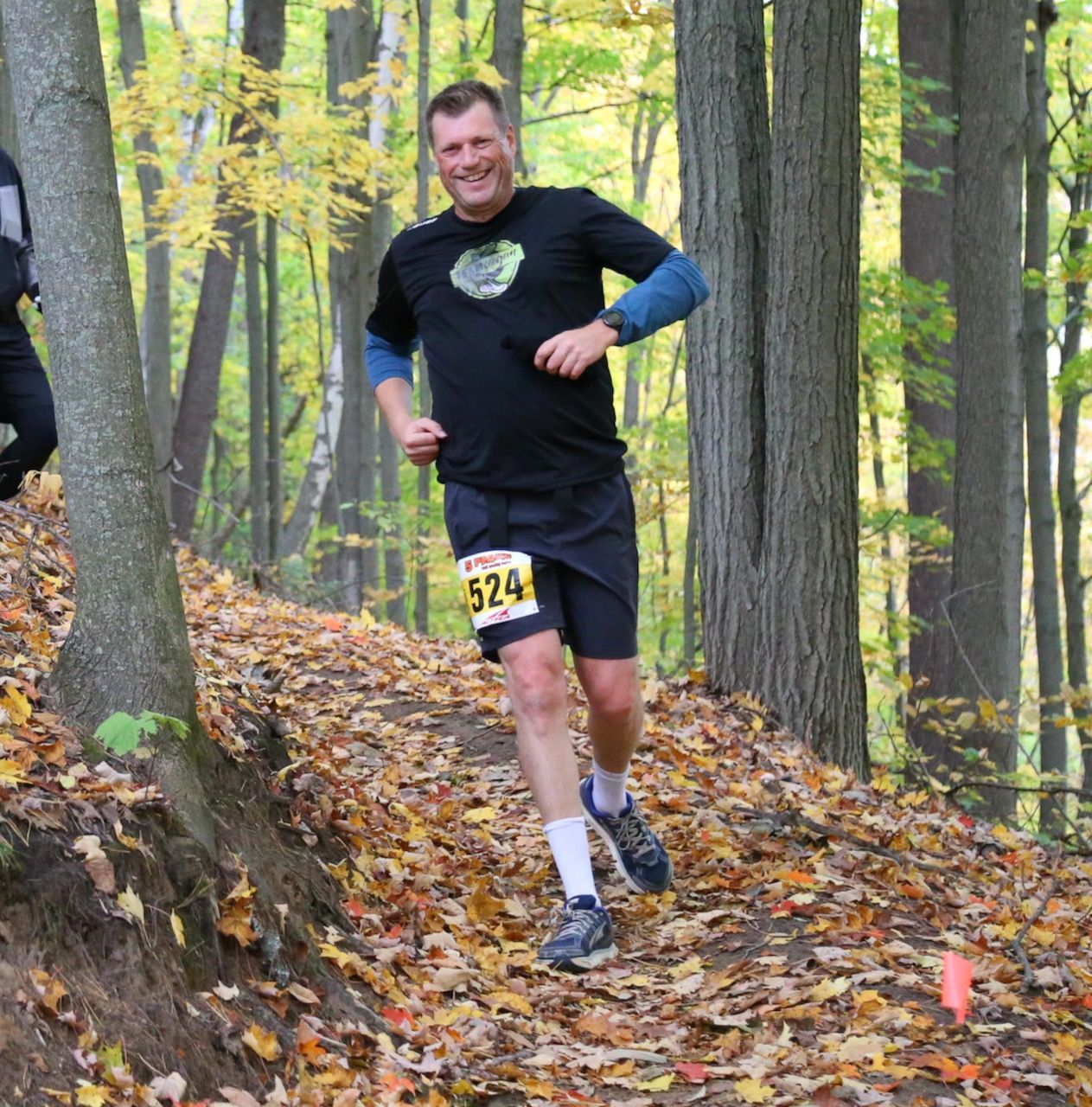